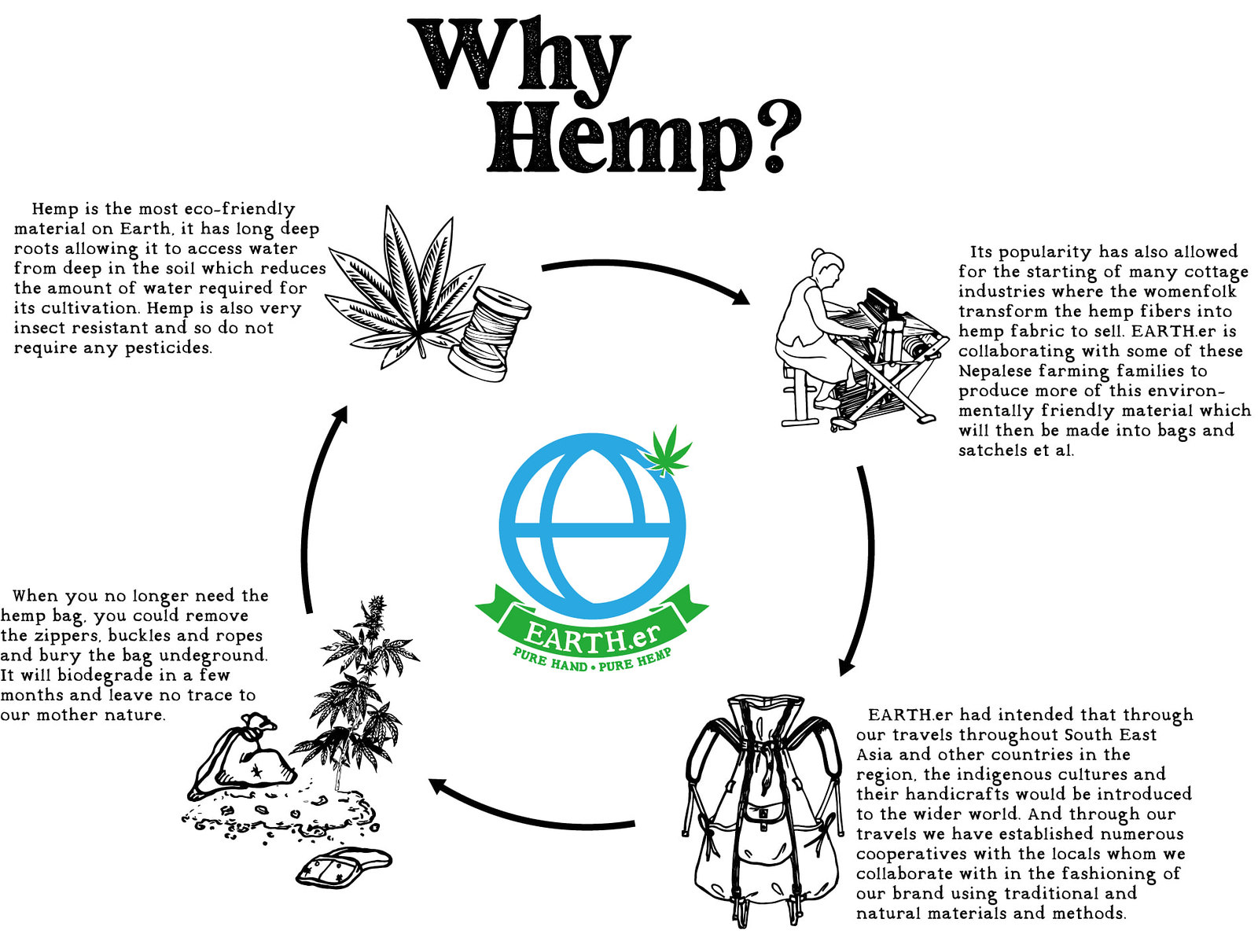 Why EARTH.er use Hemp & What's Hemp ?

Hemp - an eco-friendly plant, but somehow much maligned and very misunderstood

In the 1930’s, America was the first of many nations to ban the use of hemp (marijuana), and ever since then, hemp has been demonized. But because of the many uses of hemp, some countries still allowed for the use of some species of hemp to make fabrics, papers, in certain foodstuffs and as a construction material.

As a fabric, hemp is durable, can withstand tough washing and dries quickly. But most importantly, it is biodegradable. Just bury the hemp in the ground for few months, it would have degraded and become a part of the surrounding soil. Comparing hemp with synthetic fibers and cotton, the former cannot biodegrade and the latter requires enormous amounts of water and pesticides to grow. Hemp on the other hand, has long deep roots allowing it to access water from deep in the soil which reduces the amount of water required for its cultivation. Hemp is also very insect resistant and so do not require any pesticides. Moreover, because land that is used to grow hemp does not need to lie fallow, this crop is much favored by farmers in Nepal where arable land is scarce; and its popularity has also allowed for the starting of many cottage industries where the womenfolk transform the hemp fibers into hemp fabric to sell. EARTH.er is collaborating with some of these Nepalese farming families to produce more of this environmentally friendly material which will then be made into ‘Globalization’ bags and satchels et al.